Kiyomizu-dera Temple is a place where the deity Kannon is worshiped. The principal image of the temple is the statue of the Eleven-headed Thousand-armed Kannon Bodhisattva. The forty-two arms and the expressions on the eleven faces represent the great compassion of Kannon, who is believed to save humans from difficulties. Kannon has long been worshiped by pious people who wish for worldly benefits, such as good health, success, and romantic relationships. Worshipers felt so close to Kannon that they came to refer to the deity as Kiyomizu Kannon-san.

Kannon is also known as the deity that watches over all directions. It is believed that Kannon appears in thirty-three different forms, answering any and all prayers of all living things. She does not always appear in the image enshrined in Kiyomizu-dera Temple. A person you passed on the street might be a form of Kannon appearing in this world to teach the proper way to live. Kannon is around in our daily lives, not a being of a faraway world.

OBJECTIVITY,
surroundings and others, all things in the world

The name Kannon bears two contrasting meanings: “you” and “I.” Kannon tells us that the ideal way of life for humans is to understand other people’s joy and pain and to view the world with unprejudiced eyes.
People tend to judge things from their own point of view. They are likely to be influenced by superficial matters and unaware of other people’s feelings or changes in the situation around them. Kannon is considered a deity who watches over the world both subjectively and objectively with the whole heart and not just the eyes, unlike we humans who tend to take a more biased perspective. 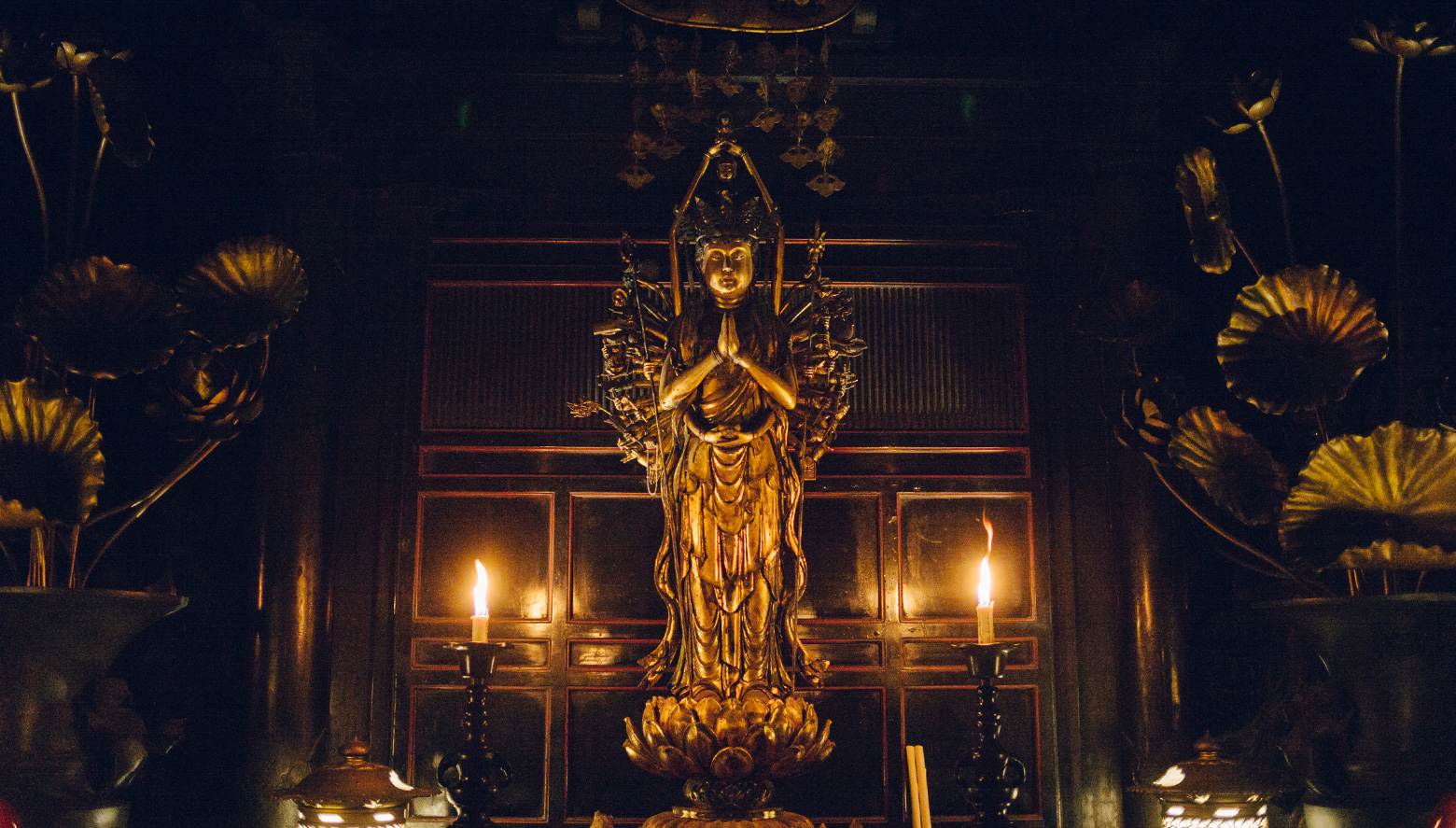 There are a few simple manners to follow while worshiping Kannon. By purifying your body and soul, you prepare to reflect on yourself. Follow the proper procedure, join your hands with a calm mind, and offer a prayer to Kannon.

Before paying a visit to Kannon, it is necessary to purify your hands. In Japanese, the palm of the hand is also called “tana-gokoro,” a word meaning the heart of the hand. That is, to purify your hands means to cleanse your heart. There are no strict rules to follow while purifying. Simply rinse your hands with the healing water and calm your mind. The following manner is generally used when purifying one’s hands. Feel free to use this guide for reference.

HOW TO OFFER INCENSE

HOW TO OFFER INCENSE

Visitors can offer a stick of incense to Kannon. Prepare yourself for your prayer to Kannon by purifying your body and soul and calming your mind with the scent and fumes from the incense.

You may also offer a prayer to the Kannon in the Main Hall. Use this opportunity to reflect on yourself with gratitude for the tranquility of your daily life.

* Note: You are allowed to enter gejin (the outer sanctuary). Offer a prayer at the closest area to the Kannon in nainaijin (the innermost sanctuary).

From the scenery of the historic structures and temple buildings, visitors can feel the Kannon’s merciful heart. Check our traditional event schedules on this page.